Fortnite Wiki
Register
Don't have an account?
Sign In
Advertisement
in: The Last Reality, Story and Lore, Gameplay,
and 2 more

Abductors are a gameplay mechanic in Fortnite: Battle Royale introduced in Chapter 2: Season 7.

3 Abductors Will always spawn at random POIs. They cannot spawn at a Location currently being abducted by The Mothership, or Corny Complex. They will move in shortly before the match starts, similar to Quinjets. Shortly after the first Storm circle forms, abductors will begin to abduct players. If a player is in range of being abducted, a bright blue / green tractor beam will appear above them, even through structures and vehicles. The Abductors will abduct players and send them to The Mothership, putting them in a cell with the Alien Knockgun Launcher in their inventory until the Experiment begins.

Players can stand on top of Abductors, and whilst underneath them, can use the air flow to fly upwards. This allows for Glider Redeploy.

Each Abductor has a tube which allows glider redeploy. There is also one Cube causing orange corruption around each crash site.

Party UFO (also known as Blue Abductor) It appeared on July 27th 2021, above The Aftermath. It was used for the Rift Tour countdown and spawning place of the name-sake LTM. After all the Rift Tour concerts ended, it has been removed from the map. Various Hologram Pads could be found on the Party UFO.

Chapter 2: Season 7
The Abductor is a larger version of Saucer capable of abducting large group of living beings. They're all powered by the Cubes.

Party UFO (also known as Blue Abductor). It was used to abduct Loopers, putting them inside Rift Tour and scan their memories for informations.

Gold Abductor is a type of abductor capable of firing a powerful energy beam that can destroy an entire location within a second. They're powered by Golden Cubes. It was deployed by the Golden Motherships during The End event to destroy all POIs on Apollo. The Last Reality used one of the Gold Abductors to destroy the Rebooted Cube in Guava Fort. At the end of the event, the remaining Abductors crashed to the ocean as the island flips.

Abductors hover over certain places and... kind of just stay put. But only for a little while. After some time, it’ll send beams at the ground, taking away those who decide to walk in them. Some who claim to have been abducted say they were taken to the Mothership, but we don’t know what the Aliens would have to gain. Why let people see the Mothership then bring them back home?

In any case, there seems to be more in it for the abductees than the Aliens. After returning, abductees tend to come back with powerful weapons. “The more orange-looking orbs we were able to collect in The Mothership, the better stuff we were allowed to leave with,” one abductee says. “We could even extend the time limit if we found orbs with the little clocks on them.”

You can see the locations of Abductors on your map. They visit in cycles, so we recommend investigating them thoroughly each time they’re here. Because Abductors only have so much space, there’s a capacity as to how many one can abduct at once. 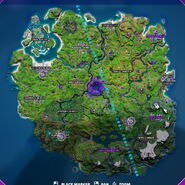 Abductors on the Map 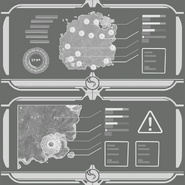 Abductors coming out of the Mothership

An Abductor above Dirty Docks

Bouncer during the Abduction 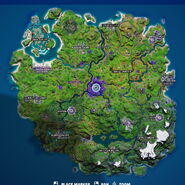 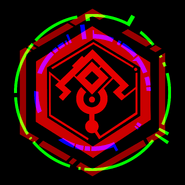 A golden Abductor during the Chapter 2 Finale.

An Abductor about to destroy the Rebooted Cube. 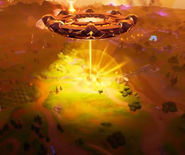