View source
watch 02:19
Wiki Targeted (Games)
Do you like this video?
Play Sound

Agent Peely is an Epic Outfit in Fortnite: Battle Royale, that could be unlocked at Level 1 of the Chapter 2: Season 2 Battle Pass. Agent Peely is part of the Banana Royale Set. 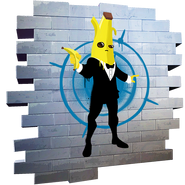 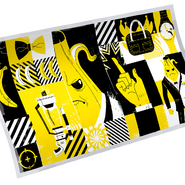