950 V-Bucks
The Battle Pass is a seasonal cosmetic item in Fortnite: Battle Royale which grants the player over 100 Rewards, in exchange for Season XP. The Battle Pass has two versions, a paid one, and a free one, with the free one offering less rewards, but costing no V-Bucks.

The Battle Pass contains 100 unique rewards, with some of these offering multiple cosmetic items or styles. Players unlock these by leveling up 100 times in the season, to unlock every basic reward in the pass. Players may level up beyond 100 to unlock further rewards. Players who have the unpaid version of the pass will still be able to level up as normal, but they will be capped at 100, and can only unlock select items.

The Pass costs 950 V-Bucks for the premium pass, and 0 for the free one. Players receive 1,500 V-Bucks per season on the paid version, and 300 on the free one. An Epic one-time Special Offer exists that can be purchased in the Item Shop for 1,850 V-Bucks. It will grant 25+ Levels in the current Battle Pass (125 Battle Stars). Players may also purchase levels using V-Bucks, at the cost of 100 V-Bucks per level, up to 200. The Battle Pass can also be unlocked through purchasing the Fortnite Crew

Each season of Battle Royale has added a new pass, with a variety of different outfits and cosmetics to unlock. The first Battle Pass was introduced in Season 2, replacing the Season Shop. Each of these additions does not include the large amount of cosmetic items in each pass. To identify the items in each Battle Pass, see the season pages themselves.

Introduced the Battle Pass. This version comes with 70 Tiers, and uses an XP system to unlock Battle Stars. Each level up grants 2 stars, with 10 needed for a tier up. Daily Challenges can also be completed to gain Battle Stars. Players will recieve Season XP boosts as the pass continues, allowing players to gain a steady amount of XP as the season goes on. Playing with others will also increase the XP gained.

Extended the tier Cap to 100, including extra rewards as the tiers increase. Weekly Challenges have also been added, of which they present the player with 10 Battle Stars on full completion.

All of these challenge types expire at the end of the season, and cannot be completed afterwards.

Style Challenges will now require XP to complete instead of a specific Season Level, allowing players to complete challenges after the season ends. Also added Toys to the Battle Pass.

Added Overtime Challenges at the end of a season, in which Battle Pass Owners can get extra styles for their Outfits. Also added Wraps to the Battle Pass.

Introduced reactive outfits with the addition of Peely

Mystery Challenges have been replaced with Fortbytes for the season. Fortbytes are challenges that require you to complete certain tasks to unlock the Mystery Reward and a free Loading Screen. Tasks may include going to specific locations, completing a puzzle on the map, or other challenges.

Battle Stars have been removed, with XP becoming the primary method of leveling up. Each level completed is one tier in the Battle Pass. The Level Cap is at 999, though you stop earning standard rewards at Level 100, as well as free pass owners only being able to reach 100. Added Super Level Styles for players beyond tier 100.

Prestige Missions are removed, and the first Marvel Series cosmetic is added to the Battle Pass. Overtime challenges no longer appear.

The first DC Series cosmetic is added to the Battle Pass. Also added punchcards, which are a method of gaining XP by completing very high requirement tasks. Quick Challenges are added and serve as a substitute for Daily Challenges. Weekly Style Challenges are also added.

The Battle Pass becomes almost exclusively Marvel Series rewards. This is also the first Battle Pass to restrict emotes to specific Outfits, as well as giving them unique tiers on the Battle Pass.

Challenges are turned into Quests. Quests are sectioned into Common Uncommon, Rare Epic and Legendary. The Common quest as a substitute for the Quick Challenges. Introduced a new rarity to the battle pass, being Star Wars Series. Removed Punchcards and Removed the Hub Screen.

Punch cards are reintroduced as the primary way of getting XP. They function very differently to their older version, as they now only reward players for completing each quest for each Character on the map.

Reintroduced Quests from Chapter 2 Seasons 5-7, albeit with a completely overhauled menu. Introduced Milestones, which are essentially the older Punchcard system, with more tiers of XP reward. Players can now purchase up to tier 200 with V-Bucks. 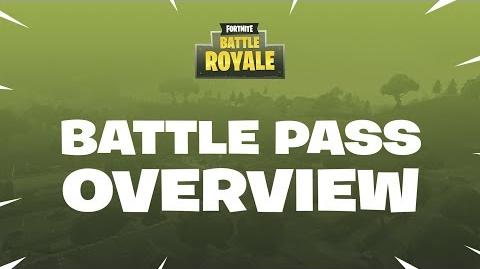