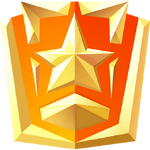 Challenges are a series of objectives in Battle Royale which grant Season XP. Challenges are divided into five parts: Daily, Weekly, Overtime, Seasonal, and Event. All types were replaced by Missions in Season X. Challenges were left behind until v11.20, when Daily Challenges returned with its former glory.

Daily Challenges are available to all players. By completing these, you win 31,000 XP (or 5 Battle Stars prior to C2-S1). You can store up to 3 Daily Challenges. These were removed in Chapter 2: Season 3

Weekly Challenges are available to all players. Each set has 7 of these: Each Rewarding you can earn 25,000 xp (50,000 XP for Team-Based Challenges). They returned in Chapter 2: Season 3. If you did these challenges, you could unlock extra styles for the battle pass skins.

These appear at the end of each season and often reward players with bonus XP and Loading Screens incase for whatever reason they weren’t at Tier 100 by the end of the season. Overtime Challenges also give extra style options for Battle Pass skins, and the Season 7 Overtime Challenges even rewarded players with the Season 8 Battle Pass. These were removed in Chapter 2: Season 2

During Season 9, Fortbytes appear all over the map. With 100 Fortbytes, each Fortbyte forms a part of picture that in whole decrypts the Season 9 mystery. The starting set of 18 out of 100 appeared on day 1, and they usually involve XP, Battle Pass, and searching in various locations. Every 24 hours, at least 1 Fortbyte will be added to the map. Most of the challenges that are added are usually in order of the Battle Pass unlocks that are required from Tier 1 to 100. Starting at 10 Fortbytes, every 5th Fortbyte unlocks a reward. 90 Fortbytes gives the Season 9 skin, Singularity. After collecting all 100 Fortbytes, you win a loading screen called “Visions”, which shows Bunker Jonesy pointing at the painting. Not shown in the Fortbyte Challenges is the center part (which Bunker Jonesy is covering), shows the monster fighting the Mecha using a sword which is a sneak peek at The Final Showdown event. These were removed in Season X.

Quick Challenges are challenges that never end, They give you 14K XP at the start of the day everyday, they will give 1.4K XP after completing the 14K ones. They were added in Chapter 2 Season 3

Retrieved from "https://fortnite.fandom.com/wiki/Challenges?oldid=161720"
Community content is available under CC-BY-SA unless otherwise noted.