Fortnite Wiki
Register
Don't have an account?
Sign In
Advertisement
in: Seasons, Story and Lore, Battle Pass,
and 2 more
English

For the article on the Chapter 1 Season of the same name, please see Season 2

For the article on the Chapter 3 Season of the same name, please see Chapter 3: Season 2

The Rig
The Agency
The Shark
The Yacht
The Grotto

Previously the start date was meant to be on December 13th, 2019, but was postponed to February 6th, 2020 to make way for the holidays and the Live At Risky event. Then, on January 24th, 2020, Epic Games announced that they would postpone it again to February 20th, 2020 to reveal secrets from the previous season and test Unreal Engine’s Chaos physics system.

It was originally set to end on April 30th, 2020, but possibly due to players complaining about having little XP to earn the Golden Agent Styles of the Battle Pass Outfits, as well as issues revolving around COVID-19, it was extended. Unlike last season, the expansion came with more challenges, more ways to earn XP and more updates with content. It was extended another time, due to the next season being unready. It was then extended yet again due to "the ongoing injustice in society," implying the George Floyd protests.

The theme revolved around Secret Agents concerning SHADOW and GHOST.

Following the reconstruction of the island due to The End, The Imagined Order sent a group of people from E.G.O. on the island, dedicated to exploring the brand new island. However, a mysterious group named A.L.T.E.R. whose members strangely resemble those of E.G.O is already present on the island (however this only applies to some members, since during the season other A.L.T.E.R members appear but do not have alter-egos at E.G.O). Throughout Chapter 2: Season 1, a battle occurred between the two factions. Near the very end of the season, Chaos Agent was seen observing the battle in the shadows.

Seeing the ongoing battle between E.G.O. and A.L.T.E.R. going on in the Island, Midas, leader of GHOST, arrives in the Island with other 4 agents and builds an Oil Rig, an Mansion, an Yacht, an underground Secret Base and a Agency to fight against SHADOW, with him and the other agents being responsible for a location.

Throughout the season, it's revealed that the war between GHOST and SHADOW is nothing more than a way for Midas and his daughter Jules to work on constructing his Device underneath The Agency (consisting of one large orb machine, and five pylons) without anyone suspecting, as Midas does not need GHOST or SHADOW as much as they need him. The orb machine was hidden underneath the main building itself, while the pylons were underneath five newly-built hatches under the water surrounding The Agency. Midas wanted to destroy The Storm, which would subsequently break The Loop and escape it. Midas' project was going directly against the Imagined Order, who wanted to preserve The Loop and keep it running.

Near the very end of the season, Midas began charging the orb machine. The Device went through three stages. Initially, a bright yellow 'core' appeared within the orb, consisting of pure energy. Next, tendril-like structures were emitted from the core, slamming into the outer glass of the orb. At the final stage, the core grew bigger and brighter, and the tendrils grew larger and stronger. At this point, some of the tendrils managed to breach the outer casing, although they were channeled and rerouted back into the orb. While this happened, No Sweat Insurance built themselves a new office in Lazy Lake and insured Pleasant Park, Sweaty Sands, Frenzy Farm and Holly Hedges against a flood scenario, with dozens of No Sweat Insurance signs being placed on those POIs.

In June 13th, the countdown for Midas' plan appeared above The Agency.

When the countdown for The Device event reached zero, the storm had already closed in around The Agency during the later stages of a particular loop. Five pylons emerged from the five hatches surrounding the Agency. Once the five pylons completely rose out of the hatches, an energised bubble appeared around The Agency, which violently contracted and exploded, completely decimating The Agency. As the dust settled, The orb machine emerged from the ruins of The Agency. It rose high up on an elevated platform, and stopped once it reached a high height. This was followed by a large shockwave, causing all the loopers to levitate into the air. The Device activated, and the orb machine hooked up to the five pylons using energy beams. Then, the pylons collectively hit against The Storm barrier, and started to push it back. This seemingly contradicted the structure of a normal loop, in which the storm closes in until the entire island is consumed. In this case, the storm was being pushed back, which partially damaged The Loop, transporting a particular looper to The Bridge, located outside The Loop.

Inside The Bridge, the looper was spawned in Agent Jones' office, containing a desk, computer, and three filed labeled 'TOP SECRET', containing the images of Midas, Lynx, and Jules. The Looper did not spend a long time in Jones' office though, and soon, the loop seemingly repaired itself and returned The Looper back to the island.

Back at The Agency, the device seemed to have malfunctioned, as the energy supplied by the orb to the pylons diminished with every second. Eventually, the orb machine completely switched off, but not before seemingly breaking the storm barrier. Without the barrier, and nothing to stop it, The Storm began to rapidly close in on The Agency, threatening to kill everyone there. However, right before The Agency was swallowed, the orb machine rebooted, quickly hooking up to the pylons and slamming the storm once again. This action restarted the storm barrier, and the machine began to push back at The Storm once again. However, this time, The Storm resisted and closed in on The Agency. In the ensuing battle between Device and Storm, The Device emerged victorious, and The Storm was quickly pushed back and completely vanished..

As the pylons began retracting back into their hatches, The Loop started to collapse. A single bolt of energy slammed into the orb machine from the sky, disabling and rendering it unusable. The orb machine then proceeded to retract back down underneath the destroyed Agency, as the loop collapsed and returned that particular looper to Jones' office. There, Agent Jones could be heard talking in the hallway outside about the problem facing The Imagined Order. Jones could be heard saying ''(to phone) Uh no. E-everything is NOT stable over here. We are act- (to Janice) Uh, Janice! Janice! Uh, dial the Resonance Actuator to 7.2. Now, please. Yes, right now." Janice replies "I'm on it." Through the closed curtains, Janice could be seen rushing down the hallway towards the presumed 'Resonance Actuator', a device which is likely used to control The Storm. Jonesy starts talking to his phone again after hearing something from the other end. "(to phone) Wait, wait, wait, wait. Hold on, hold on... "Its not just a storm?" What does that mean? Must be connected to the loop, but there's no way that we could have predicted that it would react THIS way. At this-". The above text highlights that Jones has just found out that The Storm is not simply a storm, as The Loop depends upon it to function. He appears to have been stunned that The Loop completely collapsed in the storm's absence, and that they had not predicted that kind of event. However, the above conversation is not finished as the looper is transported back to the island.

Upon return, it is revealed that The Storm reacted to Midas trying to destroy it, creating a giant tsunami, held by the barrier of the Storm.

"(to phone) And that worked? How long do you think it'll hold?" That brief conversation suggests that The Imagined Order managed to contain the wall of water for some time. Jones asks how long the storm barrier will hold before it fails and unleashes the wall of water onto the island. After getting an unknown answer, Jones states that everything is starting to stabilize, and enters his office. He is stunned to see The Looper, and asks whether he/she can hear him or not, as it seems like a Looper has never managed to break out of The Loop and enter The Bridge without travelling through The Zero Point. Before The Looper could reply, he/she is transported back to the island in the battle bus, as the loop reset is now complete.

Following the event, Midas having failed with his mission, goes SHADOW.

SHADOW seized the opportunity and takes over The Agency ruins, removing all E.G.O flags and placing their own. SHADOW henchmen now patrol the area instead of the usual GHOST henchmen.

The Battle Pass cost 950 V-Bucks like always, and you received a profit worth 1,500 V-Bucks if you got through everything. And for the first time, the Battle Pass tab itself got a new look! You could access challenges, the Battle Pass, and more all in one hideout ! The cosmetic items that you got when reaching level 100 with the Battle Pass were worth 42,500 V-Bucks and 7,100 V-Buck worth of items were received in the Free Pass.

The Island has been taken over by secret agents and rival organizations that have engaged into a war for the domination of the Island. 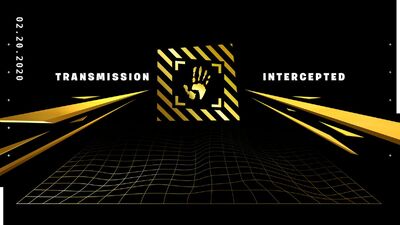 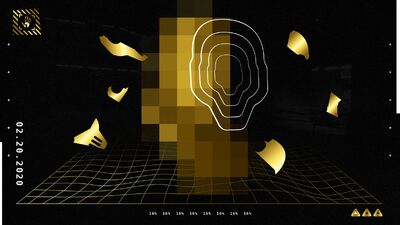 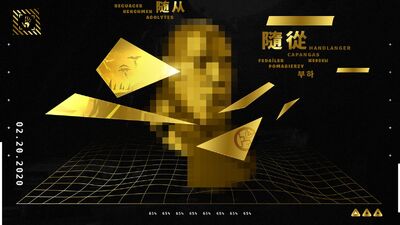 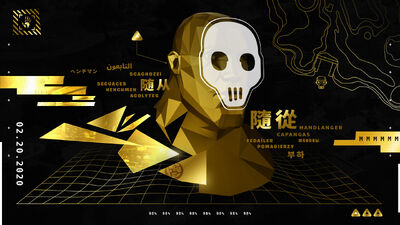 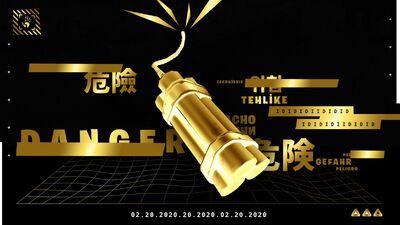 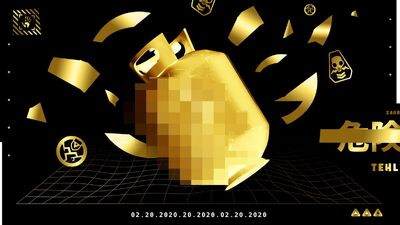 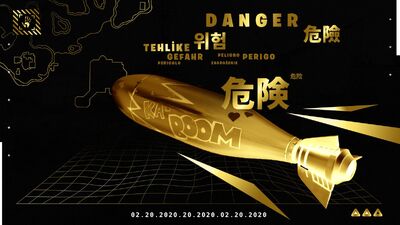 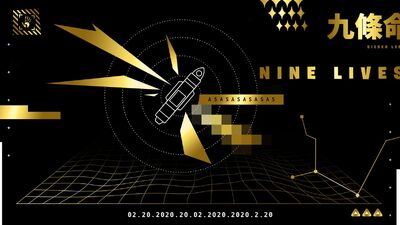 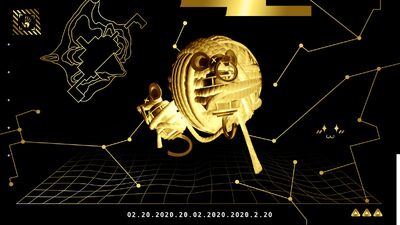 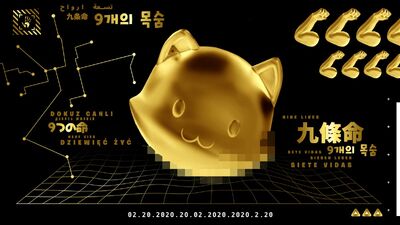 Teaser 1 shows a resemblance of Midas, as well as the words, “Transmission Intercepted.”

Teasers 2-4 are for Brutus. The second one shows a bunch of pieces of his logo jumbled up, with an outline of his logo. The fan base eventually put all the pieces together, however, they assumed it was Chaos Agent instead of Brutus. The word ”Henchmen” is also scattered around the teaser in different languages. Teaser 3 shows a less blurred version of his face in the previous one, as well as snippets of the Mountain Raid Loading Screen, and Teaser 4 shows the complete head + mask, as well as a picture of GHOST Brutus. A small picture of The Grotto can be seen at the bottom left area of Brutus.

Teasers 6-8 are for TNTina. Teaser 6 shows a stick of Dynamite as well as the word “Danger” in different languages. It also shows the release date for the season at the bottom. Teaser 7 shows a propane tank which are mostly found at The Rig. More jumbled puzzle pieces are on this teaser too, as well as the logos of GHOST and SHADOW The final TNTina teaser shows a picture of one of her gliders: the Bombs Away!, as well as, once again, the word “Danger” in different languages. An Outline of The Rig can be seen.

Teasers 8-11 are for Meowscles. Teaser 8 shows the words, “Nine Lives” and “Seven Lives” written in different languages. Sparkles on the top right corner resemble GHOST Meowscles eyes. An outline of the yacht sits in the middle. The next teaser shows the Feline Fun Back Bling with GHOST Meowscles’ head and an outline of The Shark. The final one shows a picture of Meowscles’ head. “Nine Lives” is printed once more in different languages on this teaser.