Fortnite Wiki
Register
Don't have an account?
Sign In
Advertisement
in: Seasons, Story and Lore, Battle Pass,
and 4 more

For the article on the Chapter 1 Season of the same name, please see Season 4

Chapter 2: Season 4, also known as Season 14 in the game files, with the title "Nexus War", was the fourteenth season of Fortnite: Battle Royale, which started on August 27th, 2020, and ended on December 1st, 2020 (4:20 PM EST) after The Devourer of Worlds event ended (previous ending date was November 30, 2020). The theme revolved around Marvel: Nexus War.

This season was the first season not available for iOS players since Season 2, the season before Fortnite was ported to iOS.

Following the failure of Midas' plan, the Island became flooded and the GHOST vs SHADOW war started to cool down. After the water on the Island had been drained by Coral Castle's sinks, Thor arrived in Reality Zero to evacuate the Loopers from the Island, but he is unable to as they didn't listen and seeing how Galactus was coming, he asks for help in his Reality and in turn, Lady Sif sends several heroes from their Reality to the Island.

After the heroes had arrived in the Island, the now confused Fortnite characters (Raven, Lynx, Recruit Jonesy, and Peely) prepared to fight and so did the heroes, but Thor defused the situation, and points to the real danger, Galactus, who is fast approaching the island.

Seeing the threat of the Devourer of Worlds, Tony Stark, after recovering his memories, formulates a plan to defeat Galactus and send him back to their Reality, and so phase 1 of his begun. He built and placed 13 Temporal Beacons around the area of Frenzy Farm and The Orchard, activating all of them after that. The Temporal Beacons then started bringing several locations from the Marvel Reality, before creating a green bubble around Frenzy Farm and The Orchard and bringing the landmass of Upstate New York into the Island, with Tony Stark's house and more importantly, Stark Industries, where phase 2 of his plan would take place.

With phase 1 of his plan over, phase 2 begun and Tony Stark started upgrading Battle Buses with Jet engines and wings, then placing Gamma Radiation Bombs inside them. At the same time, Galactus deployed his Gorgers on the Island to fight the Heroes and the Loopers.

After he was done upgrading the Battle Bus, phase 2 concluded, and phase 3 of his plan started, which had Tony Stark hack The Loop to multiply the few Battle Buses he had upgraded into the billions, and then left them in The In-Between, where the loopers would be teleported to once Galactus started consuming The Zero Point. He then placed Stark Industries Jetpacks in the chests, so that loopers would use them once the time came.

On November 21st, as phase 3 of Tony Stark's plan concluded, a countdown timer was set in the Helicarrier, counting down to Galactus's arrival in the Island.

Galactus arrived on the Island, dwarfing everything else in size, telling everyone that he hungers. Galactus then destroyed Helicarrier 64, knocking the looper into the air. As the looper started falling, Tony Stark on his Iron Man suit appeared and saved them by giving them a Stark Industries Jetpack. Tony Stark then tells the looper that they must stop Galactus from consuming the The Zero Point. Afterwards Galactus' hand looms over the Island and rips out the Zero Point from underneath The Ruins, absorbing its energy. Tony Stark tells the looper that if Galactus continues to absorb The Zero Point at the rate he's going, there will be a full reality collapse. Galactus' continued absorption of The Zero Point causes it to crack, causing everything and everyone to be sucked into it, at the same time Tony Stark begins transporting and assigning each looper to a Battle Bus. The player emerges inside a Battle Bus in The In-Between.

Tony Stark explains to the player that he had upgraded a Battle Bus with cannons and Gamma Cells to use them as bombs. He then 'hacked' The Loop and cloned the upgraded battle bus a few billion times. He directed the player to shoot Gorgers and Gatherers unleashed by Galactus with their Battle Bus’ cannons, and to head towards Galactus to trick him into consuming the Battle Buses. If all went to plan, Galactus would be defeated and everyone would be sent back to where they came from. Throughout the fight, players got closer to Galactus and started to drive along his right arm with the help of Thor and Wolverine. Finally, when they got close to Galactus, players left their Battle Buses and watched as Galactus consumed the Battle Buses. As the Gamma Bombs detonated all at once, the combined energy caused severe damage to Galactus, knocking him back and straight into a Rift, transporting him and everyone else back to where they came from.

The screen then cuts to Agent Jones lying in his office as alarms blare and the walls crack around him, then waking up before the screen blacks out.

The Battle Pass cost 950 V-Bucks, like always, and the Battle Bundle cost 2,800 V-Bucks as well. Once again, The Hideout received a new look, which was now located inside the Helicarrier. 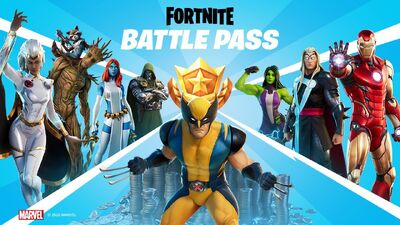 The GHOST vs. SHADOW war has ended and Heroes arrived on the Island to stop the looming threat of The Devourer of Worlds.

Galactus' Arrival (The Devourer of Worlds)

According to Donald Mustard, Galactus has been on his way since The End event, when he was attracted to the power of the Zero Point since it resolved matter, creating the island we have in Chapter 2.

During The Devourer of Worlds, Galactus crashes in the sea and makes his way towards the island. He powers up his hunger and shoves the Helicarrier to the ocean, upon players being rescued by Iron Man, who grants them Stark Industries Jetpacks. During this moment on, Galactus makes his way towards The Ruins and the energy of the Zero Point is given to him, although it is exposed to the entire island, starting to absorb its power. Iron Man sends players to the In-Between, where players use his modified Battle Buses' laser cannons to fight Galactus. Stark explains that if Galactus successfully weakens, he will enter a portal back to his reality. Galactus sends out Gorgers and Gatherers which were easy for the laser cannons to hit, but he still is harnessing the Zero Point. After one moment, everyone heads into the depths of space.

With Gamma energy powered from the buses, Galactus weakens and pukes himself to death, and enters the said rift back to his reality. Iron Man congratulates everyone for their successful efforts before the screen fades to black.

After this moment on, players are treated to a cutscene where we return to the office seen in The Device being in an emergency lockdown state. A phone call rings, and Agent John Jones wakes up from what seemed to be a nightmare. Instead of accessing the rest of the cutscene, players see a message in space reading "To be Continued... In Season 5!", entering a prep state for the next season.

🔨⚡🌈… The Herald has found the Island. His warning is dire. Will they hear? THEY cannot defeat HIM without working together. He threatens the fate of all Reality. The War to save Reality begins tomorrow! 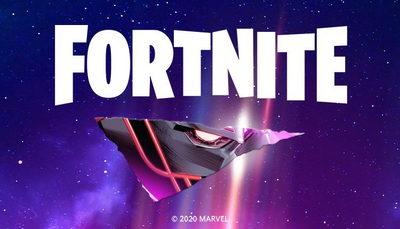 Teaser sent out to creators

The Teasers combined say "NEXUS", which is a reference to The Zero Point.