North of the island

Craggy Cliffs was a location in the north of the Apollo island. It was a small residence containing houses and a restaurant called Sticks. Every location in Apollo island, including this one, were flipped after the The End event. 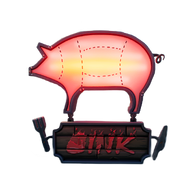 Outside
Italiano
Community content is available under CC-BY-SA unless otherwise noted.
Advertisement