Doggo is an Epic Outfit in Fortnite: Battle Royale that can be bought in the Item Shop for 1,500 V-Bucks. Doggo was first released in Season 9.

Doggo is a humanoid Pug with three edit styles, Original, Festive and Militia. 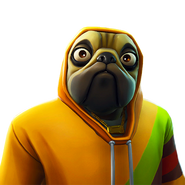 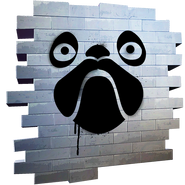 Doggo Spray
Add a photo to this gallery
Retrieved from "https://fortnite.fandom.com/wiki/Doggo?oldid=175714"
Community content is available under CC-BY-SA unless otherwise noted.