Fortnite Wiki
Register
Don't have an account?
Sign In
Advertisement
in: The Seven, Locations (Battle Royale), Athena,
and 2 more

Dusty Depot was a Named Location in Fortnite: Battle Royale. Located in the center of Athena. Neighboring locations included Salty Springs, Gotham City, Pressure Plant, Loot Lake, and Retail Row. The Depot was dangerous partially due to the number of players in the surrounding areas.

It features 3 warehouses, each warehouse with a different color. It feature too 2 trucks and surrounding walls. In the Season X version of Dusty Depot, the order of the color of the warehouses are different, and the grey warehouse was taken by The Scientist. 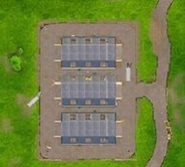 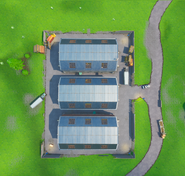