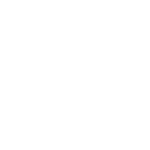 Emotes are cosmetic items available in Battle Royale and Save The World that can be everything from dances to taunts to holiday themed. They can be purchased in the Item Shop using V-Bucks or unlocked in the Battle Pass. An emote is a way to express yourself on the battlefield in many bizarre ways.

Emotes were introduced early in the game, and were quite simple. As more and more emotes were added, Fortnite decided to create the #BoogieDown contest, where all players could post a video of themselves making a whole new dance, and the best would be added into the game. In Season 6, Epic added Built-in Emotes, a type of emote that could only be used for certain outfits. In Season 8, Epic made traversal emotes, the first being the Conga. These emotes, unlike others, allowed you to walk and move around instead of having to stand still. Season X added the first (and possibly only) vehicle emote: the B.R.U.T.A.L. Dab. In Chapter 2: Season 1, Epic Games added two-player emotes, where players could interact with other players via emotes (e.i.g High Five).

Battle Pass Emotes are exclusive to users who purchased the Battle Pass.

Item Shop Emotes can only be exclusively purchased using V-Bucks.

Promotional Emotes are exclusive to the gaming platform that your account associates to. Platforms such as Samsung, Twitch, OnePlus have exclusive Emotes if you buy their products.

Unreleased Emotes are Emotes that are currently not available to the public of Fortnite. However, it is believed that these are leaked or found in the Fortnite files.

Built-In Emotes can only be exclusively used when a certain outfit is equipped.