Be the last team standing

Battle Royale is a PvP (Player versus Player) mode in Fortnite that was released on September 26, 2017. Players must drop onto an island and fight to be the last one surviving in Solo, Duos, Trios, or Squads. In this mode, Building is enabled. A similar mode but without building is Fortnite: Zero Build. 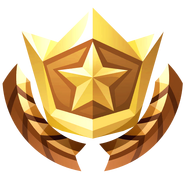 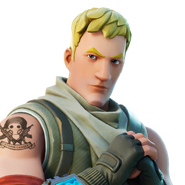 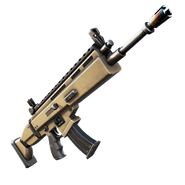 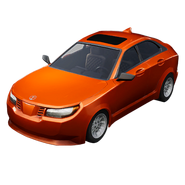 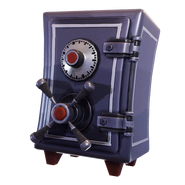 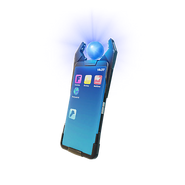 Here are the Current core modes for Battle Royale:

Upon loading into a Battle Royale match, players will spawn on Spawn Island, a place where they can wait until the Battle Bus is ready to fly over the island. Upon entering the Battle Bus, players will have 15 seconds to jump out and skydive to wherever they want on the island. After landing, players must find loot either on the floor or through containers to obtain weaponry, healing items, materials and utility items of various rarities. After a minute, the Eye of the Storm, a safe zone, will be marked on the Minimap. Players start out with 100 health and 0 shield. Shield can be obtained from consumables.

Players have roughly 3 minutes until The Storm starts closing in. After the storm reaches the eye, another grace period begins and the eye of the storm shrinks. This process is repeated until the match ends. Any player in the storm will be damaged, with the amount of damage growing after each time the storm closes in until it hits 10 DPS (Damage per Second). The storm directly damages your health, ignoring shields. Prolonged presence in the storm causes Storm Sickness, which will deal more damage to a player's health, preventing long-term exposure to The Storm.

In matches with more than one player on a team, such as Duos, Trios and Squads, players will be knocked down after losing all their health, and can crawl on the floor at a reduced speed. Knocked players cannot use items and, if not revived, their Tenacity will deplete, until they are fully eliminated and drop a Reboot Card. Reboot Cards expire after 4 1⁄2 minutes and can be collected to reboot fallen allies at Reboot Vans. If all players on a team are eliminated, then that team is fully eliminated and will lose the match. Unless revived or Rebooted, Players eliminated during the match cannot respawn and will have their loot dropped for other players to obtain if they wish.

There are 7 types of rarities of items, with the standard 6 (Common - Mythic) being available through regular looting. Some Mythic Weapons have special advantages over base weapons. Some Mythic weapons are also obtained by defeating a boss at a specific location, such as Darth Vader and his lightsaber. Exotic weapons are obtained by purchasing them from Characters, NPCs that offer items and services in exchange for Bars, a currency that persists across every match. Bars are reset every Season.

In Battle Royale, Building is normally enabled. The Harvesting Tool can be used to gather materials that can be used to build structures such as walls, floors, stairs, and roofs. These structures can be edited before and after being placed to include a door, window, railing, etc. Enemy-built structures cannot be edited, so the attacking player must shoot through the structures to attack the enemy.

LTMs are game modes that deviate from the standard ruleset of Battle Royale and are considered separate playlists. This can include changing the loot pool or even changing how the entire game is played out. An example of an LTM is Solid Gold.

About four times a year, major content updates are released, called Seasons. Each season brings its own unique theme, changing the map, loot pool, and even adding new features. Each season also comes with its own unique Battle Pass which is a gallery of many rewards pages. There is a Free Pass for those who do not pay money, however, to get the main rewards of the Battle Pass, they must purchase it with 950 V-Bucks. Each season is usually concluded with a Live Event.

Alongside Seasons, Battle Royale has a storyline. This helps keep interest in the game, as well as introduce new Seasons, items, features, and more. While the storyline is a major part of Battle Royale, it can be played without any knowledge or care of/for the story. The storyline is usually developed in cinematic trailers, quests, and Live Events.

Fortnite: Battle Royale and Zero Build get content updates biweekly, along with a hotfix in between updates. This is to keep the game fresh.