For the article on the the item of the same name, please see Gliders (Item) 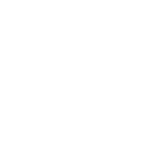 The Glider is a Fortnite: Battle Royale item that players use while jumping off the Battle Bus.

Players deploy the glider after jumping off the Battle Bus by pressing space (X on PlayStation 4, A on Xbox One, B on Nintendo Switch, Space Bar on PC, Deploy Glider Button on Mobile), while Skydiving.

The Glider lets players fly slowly and with more control, as opposed to Skydiving.

Glider Redeploy can be used in larger team modes and the Battle Lab. It only activates the Glider; skydiving will not be available. Outside of the team modes and Battle Lab, players may still redeploy using Launch Pads or Rifts, though the forced redeploy height is 35 meters above the ground when skydiving. Players can redeploy their gliders by carrying Gliders in the inventory.

Several styles are available for the Glider. These have no impact on the Glider's function and are purely cosmetic. They can be purchased in the Item Shop using V-Bucks, earned through various challenges, and by getting tiers in the Battle Pass.

I'm about to move that page|2020
Rare
Winterfest Challenges