East of The Minnows; North of Power Towers and South of Reality Falls

Tomatohead(C3S1) (Before 19.10)
Greasy Grove is a Named Location on the southwest side of the Battle Royale Map. Its most famous attraction was the Durrr Burger restaurant prior to Season X, when it got replaced by a Tacos restaurant.

Greasy Grove is a suburbian location, with many colorful houses, an outdoor equipment store, a gas station, and most notably a Tacos restaurant. Prior to Season X, it consisted of the usual houses, a smaller gas station, and a Durrr Burger restaurant. After Season 4, the restaurant was missing the mascot's head, and later on closed for good, after being sabotaged by Uncle Pete's Pizza Pit. 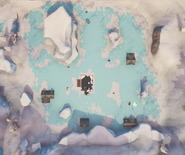 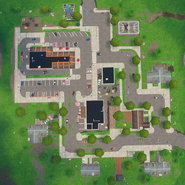