6
Grenades are a Throwable Item in Fortnite: Battle Royale. They were added in Season 0.

Grenades are thrown by the player using the arc provided. Once thrown, the grenade starts a three second timer. After the three seconds is up, the grenade will explode, dealing damage in a small radius around where it stopped moving / detonated.

Grenade explosions will not set off other grenades in the area prematurely, and grenades cannot be 'cooked' by holding on to them before throwing.

If a grenade is thrown into water, it will remain stationary until it explodes.

Grenades can be obtained from a variety of places. They are found as floor loot, in chests and in supply drops. They drop in stacks of 3.

Grenades deal 100 damage. There is no cooldown between throwing them.

The risk was calculated... but man I'm bad at math.
This section outlines a strategy. Feel free to add tips, tricks and general advice about the topic.

Icon for the Grenade before Chapter 2: Season 1 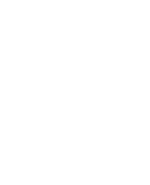 Retrieved from "https://fortnite.fandom.com/wiki/Grenades?oldid=167222"
Community content is available under CC-BY-SA unless otherwise noted.