Oro is a Legendary Outfit in Fortnite: Battle Royale, that can be purchased from the Item Shop for 2,000 V-Bucks. Oro was first released in Chapter 2: Season 2 and is part of the Midas' Revenge Set. 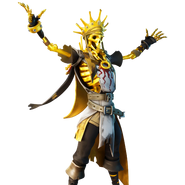 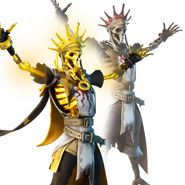 Promo in the News Tab

Promo for Skeleton King style in the News tab

Promo for Fortnitemares 2020 in the News Tab

Promo with Orelia in the News tab
Français Italiano
Community content is available under CC-BY-SA unless otherwise noted.
Advertisement