Pure Portals were story-line objects in Fortnite: Battle Royale linked to and created by The Zero Point that allowed characters to travel to any realities.

They appeared around the map after Agent Jones used Portal Device to 'hire' Hunters from other reality and put them in The Loop.

This portal opened up on December 16th, 2020 and brought the cosmetics of the Survivors in Arms Set. It also made sounds like the walker growls in The Walking Dead when walking near it.

This portal opened up on December 19th, 2020 brought the cosmetics of the Marvel: Royalty & Warriors Pack. 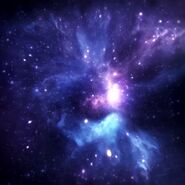 This portal opened on January 19th, 2021 and it is currently unknown what it brought. It used to be found outside Stealthy Stronghold. It is tied to Predator. 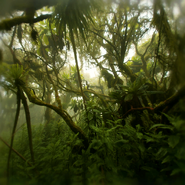 This portal opened on January 20th, 2021 and it brought Sarah Connor and T-800 to Apollo. It used to be found outside Steamy Stacks. 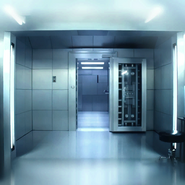 Inside the Typhoon Portal

The Mainframe Portal was a portal that used to be near Lake Canoe. It brought a collaboration with Tron. 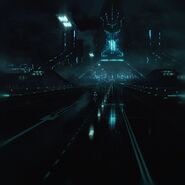 Inside the Mainframe Portal

The Skirmish Portal was a portal that appeared near Sweaty Sands. It brought Ryu and Chun-Li. 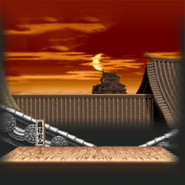 Inside the Skirmish Portal

The Kepler Portal is a portal that appeared near of Slurpy Swamp. It brought Ellen Ripley and, involuntarily, the Xenomorph from Alien.

Closeup of the Kepler Portal 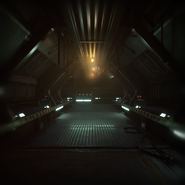 Inside the Kepler Portal 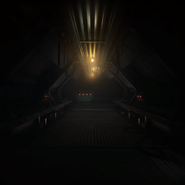 Alternative Version of the Kepler Portals' Inside.

The SmallFry Portal is a portal that appeared near Gorgeous Gorge on March 5th, 2021. It brought Ant-Man to the island . 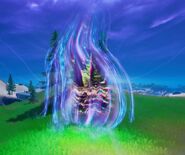 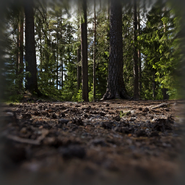 4 Portals can be seen in Zero Crisis Finale that the player closes with Agent Jones' Portal Device. 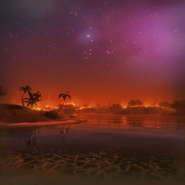 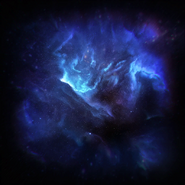 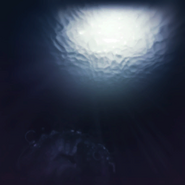 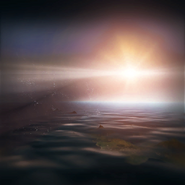 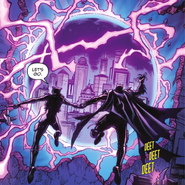 Michonne and Daryl Coming Soon Through the Zero Point
An insight into how John Jones makes these portals and brings the Hunters to the island.

Sarah Conner and the T-800 Arrive Through the Zero Point
John Jones bringing T-800 to the island.
Community content is available under CC-BY-SA unless otherwise noted.
Advertisement