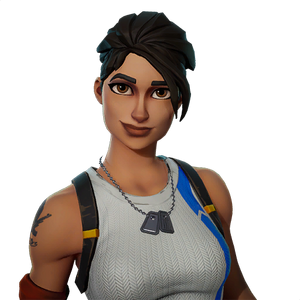 Ramirez is a character in Fortnite: Save the World that represents the Soldier class. She is the model players use as part of the introductory quests. Her model is used in the following subclasses:

Retrieved from "https://fortnite.fandom.com/wiki/Ramirez?oldid=131787"
Community content is available under CC-BY-SA unless otherwise noted.