Rapscallion is an Epic Outfit in Fortnite: Battle Royale that can be purchased from the Item Shop for 1,500 V-Bucks. Rapscallion was first released in Season 4 and is part of the Jailbird Set.

Rapscallion was a Character at Lazy Lake and Holly Hedges. 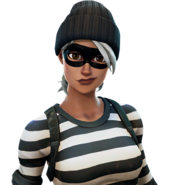 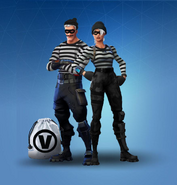