For the article on the Chapter 2 Season of the same name, please see Chapter 2: Season 8.

The theme revolves mainly on Adventure, Pirates and the Jungle.

Season 8 continues the Ice King storyline that began in Season 7, with The Prisoner creating a Volcano and a Jungle biome, destroying Wailing Woods and Lazy Links in the process was completely destroyed, while Tomato Temple became an unnamed POI. Lazy Links was replaced with Lazy Lagoon, a small lagoon containing a pirate ship with a small port. These pirates were seemingly brought to the Island by the events that occurred on the island during the previous seasons, and set out to explore it for adventure and possible treasure. Following their arrival on the map, the pirates set up numerous Pirate Camps throughout the island, as The Prisoner hatched the eggs he collected from Polar Peak, giving birth to The Hybrids.

Sometime after the Season had started, an Helicopter started going around the Island as if it was looking for something and, at the same time, The Unnamed Investigation Agency returned and set up a small dig-sites near Fatal Fields, inside Dusty Divot and near Loot Lake, where they found some sort of metal door. The Helicopter then, landed inside Loot Lake and 10 excavators were deployed over to dig in Loot Lake and they seemingly found what they were looking for. What the excavators unearthed was The Vault, a large and mysterious metal hatch surrounded by five big locks with metal slots.

Several days later, a holographic image of a glyph appeared above one of the vault locks (visibly different in appearance to The Cube glyphs). Around the same time, a large metallic floating 'key' appeared northeast of Lucky Landing, with the exact same glyph above it as the one at The Vault. It was during this time period, that loopers realized that the key must be inserted into The Vault slot actively projecting the glyph, and the glyphs themselves depicted what must be done to insert the key. In this instance, loopers must hit it with their pickaxes in order to move the vault. It took some time and effort, but the key eventually reached The Vault and slid into its hatch, activating the lock.

This activity also seemed to somehow affect The Volcano, which started to emit smoke. The other four keys each had various and separate tasks that loopers had to complete in order to insert them into the lake. Eventually, though, the loopers accomplished the mission and all the locks were activated. However, each activation of a lock worsened the condition of the volcano, and by the time all the keys were inserted, lava was violently spewing out of the volcano with the ground vigorously shaking in its vicinity.

A 24-hour countdown for The Unvaulting Event appeared on May 3rd 2019.

Once the countdown for The Unvaulting Event reached zero, the locks deactivated and slid off the hatch, causing it to open up, revealing it to be a gateway to The In-Between, the dimension of The Zero Point, a mysterious nexus sphere from which all reality seemingly sprang, used to maintain The Loop that the island's inhabitants find themselves in. Upon the hatch fully opening, loopers jumped down into it, floating down into the In-Between. However, unlike in The Butterfly Event, there was a mysterious platform made from an unknown material stretching infinitely in all directions. Surrounding the Loopers, six pillars slid up holding the following six items: Drum Gun, Tactical Submachine Gun, Bouncer, X-4 Stormwing, Infinity Blade, and Grappler. The Zero Point was also located nearby in a stable and contained state, and a wooden desk was beside it, with a mysterious helmet resting on top of it. Loopers had to vote for the item that will be unvaulted by pickaxing its respective pillar. In the end, the winner was the Drum Gun. As the other pillars slid back down into the mysterious platform, the Drum Gun broke out of the pillar and was launched upwards out of The Vault. The Zero Point then started to glow and shine, as all players levitated upwards and flew back out of the vault.

All of this activity caused The Volcano to erupt. A giant column of volcanic ash rose up from it, blocking the sunlight, and covering the entire map in darkness. The Volcano launched seven volcanic rocks, one hitting Retail Row, one hitting the Polar Peak, and five hitting Tilted Towers respectively.

The volcano cooled down following the eruption, while smoke and ash remained, obscuring parts of the sun. The Volcano caused immense damage to Tilted Towers, making it completely unrecognizable. The only building that wasn't razed to the ground was the brand new No-Sweat Insurance office. Destruction also occurred to Retail Row, where the shopping district was mostly destroyed. Polar Peak escaped annihilation, although a giant crack in the side of the cliff was formed due to the impact.

The Battle Pass costs 950 V-Bucks, like the previous seasons. However, if you completed 13 of the Season 7 Overtime challenges, you get it free of charge. This Battle Pass first introduced traversal emotes into the game. 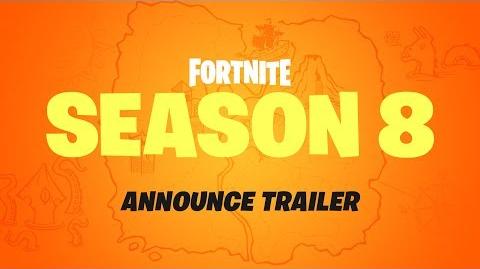 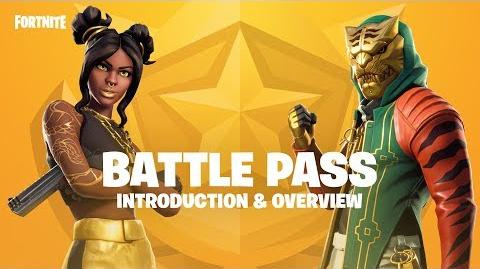