View source
watch 02:59
Metroid Dread - The Loop
Do you like this video?
Play Sound

For the article on the Island, please see The Block Island

In-Place of the Motel (Season 8 onwards)

Named Location
The Block was a named location in Fortnite: Battle Royale added in Season 7, located west of Lazy Lagoon, east of Junk Junction, north-east of Pleasant Park, and north of Loot Lake. It was a giant, flat concrete block, used to display different creations with shared island codes built in the Creative gamemode.

Before Season 8, it was located on the location of Risky Reels as it completely flattened it in a video shown during The Game Awards 2018.

It was removed in “The End”, where the final Block is a tribute to Pandora, because Season X commemorates the best of Chapter 1. 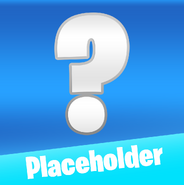