The Reaper is a Legendary Outfit in Fortnite: Battle Royale, that could be unlocked by reaching Tier 100 in the Season 3 Battle Pass. He is part of the Hired Gun Set.

The Reaper can be found at Boost Pad as a character during Chapter 2: Season 6.

The Reaper has 3 available quests that will reward the player with Bars. He's also one of the characters able to Upgrade a player's weapon. Lastly, he has an available bounty for the player to complete.

How did I get my name? I earned it the hard way. Get started.
Keep it up. You'll be a legend someday.
Eliminations

Go ahead. You take this one

You better not be muscling in on my turf.

Judging by the state of your wallet, I'd say work has been going well. Nicely done.

Took some time off I see? I respect that.

Too easy.
Wearing Bullseye or Sureshot

We have business to discuss.
Now. To business.
Talk to The Reaper

Get it. Get out. Do the job.
You've got potential - just don't get cocky.
Land at Stealthy Stronghold

No one is safe.
You're a real one-person army. I respect that.
Eliminate players

Scum always rat each other out. You'll see.
What you do with your new knowledge is up to you.
Shakedown Opponents

Don't need anything fancy to do the job.
A professional can get it done, no matter the tools.
Eliminations with common or uncommon weapons

I'm a little light on some bars. Mind finding more for me?
Not bad money I suppose. Bounty hunting's better, though.
Open safes

There's a lot of work to go around here if you know where to look.
I can almost see my retirement on the horizon... you didn't hear that from me.
Complete bounties

I'm going off the radar for a bit. Think you could take over shooting for a bit?
Thanks. Steel wouldn't stop trying to hire me and.. he scares me.
Pistol Damage

Brutus thinks he can snipe my business? Let's remind him otherwise, shall we?
Cool people never watch the explosion. I bet Brutus was watching..
Blow up a gas pump

Anyone can shoot. Hitting the target, that takes skill.
I'd say that got their attention.
Damage opponents 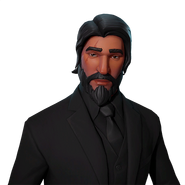