The Zero Point is a main Storyline Object in Battle Royale. It is the heart of Reality Zero and the center of all reality in the Omniverse.

Previously in Chapter 1, it was located under Loot Lake, in The Vault. After being partially destroyed by The Seven, it rearranged Athena into Apollo. After the rearrangement of The Island, the Zero Point is contained in The Bridge between Apollo and Artemis.

The Zero Point is a nexus orb that is where all of reality apparently sprang from. It cycles through countless realities per second, and can be used as an infinite power source or as a bridge to other realities. It holds The Loop together, and it powers the Storm, and every 22 minutes, or the time that it takes for the Storm to fully close, the island resets and loops again. All damage is undone and a new match begins. It appears to have an outer hull/shell surrounding and containing a central core, consisting of dozens of tendrils of pure energy, with the ability to open portals.

In Chapter 2: Season 2, it is theorized Midas used the power of the Zero Point to power The Device. The Device began to effect the storm about halfway through the season, resulting in the first storm circle taking 5 minutes and 30 seconds instead of the usual 3 minutes 30 seconds along with storm circles to be very far away from the center of the Island, often resulting in storm circle partially to entirely in water.

The Zero Point's "tendrils" can become entangled, as seen in the Zero Crisis Finale. During that event, The Foundation caused the Zero Point to bloom by untangling the tendrils in an effort to stop it from imploding. It was ultimately not enough, and the Foundation was forced to create The Spire.

The Zero Point possesses the power to alter reality in any way possible. As seen during the Zero Crisis Finale, during its unstable state, it can send out reality waves that randomly alter the very fabric of time and space. These reality waves sent the island back to primal times, kicking off Chapter 2 Season 6.

The Imagined Order uses The Zero Point as a bridge to different realties and bring their "order" to them. They also use it to maintain The Loop, seemingly enclosing the entire island in a dome like 'field.'

It was briefly mentioned in the Blastoff event by The Visitor, briefly appeared in The Butterfly Event, and fully revealed in The Unvaulting Event.

All that is currently known about the Zero Point's power and its abilities. 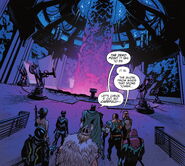 The Spire within The Bridge

The Zero Point breaking out of the Spire 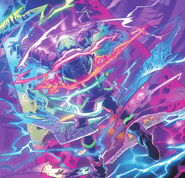 The result of touching the Zero Point

The Zero Point on top of The Spire as of Chapter 2: Season 6

Top of The Spire

The Foundation sealing himself inside The Zero Point

The Zero Point as of Chapter 2: Season 5

The Zero Point during night

The Destabilizing Zero Point about a week before the beginning of Chapter 2: Season 6

The Destabilizing Zero Point a day before the beginning of Chapter 2: Season 6

The Destabilizing Zero Point from below

The Zero Point in The Vault

The Zero Point during Season X 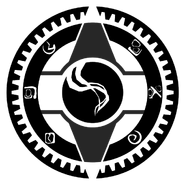