Update v16.40 of Fortnite released on May 11th, 2021. It brought the Marksman Six Shooter to Battle Royale and Summer additions to Creative.

Reel in the aquatic goods to take on this week’s Legendary Quest with the help of more abundant fishing gear and prime fishing conditions! 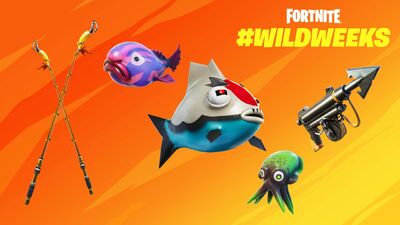 Your offering will be applAUded.

Word has it a mysterious island has risen from the ocean, occupied by a gleaming monarch who demands tribute. 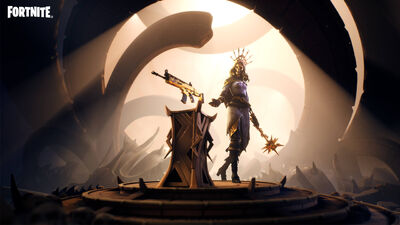 Get ahead in battle with the new Marksman Six Shooter, an Exotic that rewards aiming ability! 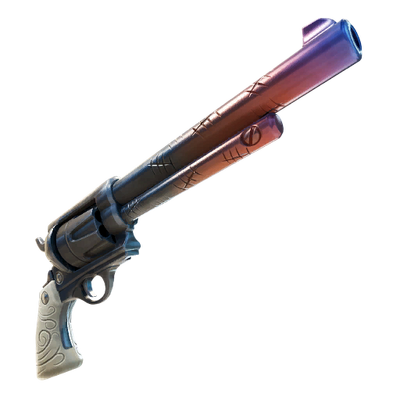 Go catch some waves with the Surfboard! 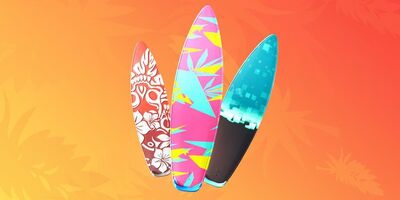 Set sail and get ready to take on the high seas! 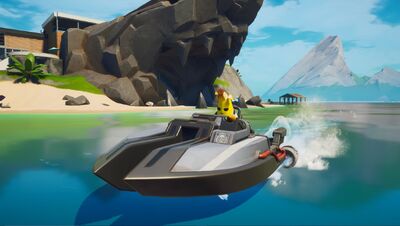 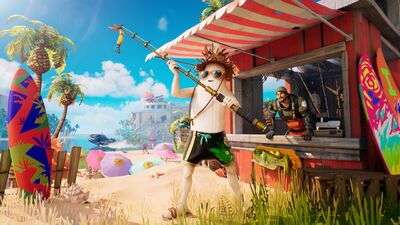 In our v16.20 update we introduced Joyride vehicles and the Race Checkpoint device. This week’s addition of the Race Manager device puts you in pole position to make even more advanced racing modes!

Creators can now track and display the number of completed laps, race times, and your best time! The Race Manager also opens up a highway of possibilities for new game types: Time Trials and multiplayer circuit-style tournaments are just some of the game types you can create.

To learn more, read about the new device for the Race Manager on the recently-released Fortnite Creative Documentation site.

All new summer themed content is coming your way, Creators. Jump into the game and check out the fully playable Boats, Fishing Zone, and an all new item; the Surfboard! Create boat races, a fishing competition or hang 10 as you create a surfboard trick course. Get that beach party started early as we head into the Summer months!

If you’re planning on creating with the new content, Be sure to check out the Summer Creator Callout for a chance to be featured in our to-be-announced Summer event!

We have made a material adjustment to all Grid Islands to improve the visual clarity of grid lines and surface area. The new flat material has less noise compared to the older concrete material and projects less light reflections. Removed the older Flat Grid Hub, Floating Island Hub and Grassy Hill Hub from the Island Create Menu since we have shifted to a new hub and portal layout.