It’s clear we were right about the existence of Aliens, but there’s still so much we don’t know. Fortunately, we’re able to collect data on them while also investigating Doctor Slone and the IO in general. We believe the Aliens and IO have advanced tech in the works for the future, but we've put together some files on the tech they’re using against each other right now (files attached). We’re going to keep investigating.

It’s recommended we take advantage of this technology for our own protection.

Files on Alien and IO Inventions 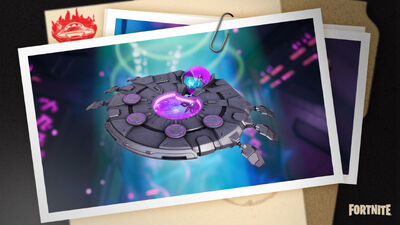 Try not to let a UFO (called “Saucer” by the Aliens… and us) catch you. It won’t eliminate you, but in an act of merciful rudeness, it will take you to a random place on the Island.

You don’t have to run, though. Shoot a Saucer down and it’s yours to pilot. The Saucer’s equipped with an abduction beam and an energy cannon. Let your squad stand on top for extra offense! 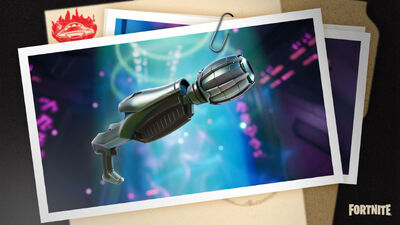 This Alien creation fires a continuous beam and only needs to stop to recharge. We’re not quite sure who “Kymera” is, though.

When we tested this weapon out, it seemed powerful… but not so much on structures. If the Aliens succeed, at least we know how to take cover. 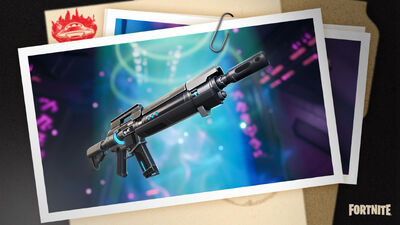 An invention from the IO, the self-proclaimed Island defenders. The IO brags this weapon is effective whether aiming down sights or not. Reliability is its key feature, they claim.

Doctor Slone has a special, more powerful version of the Pulse Rifle reserved for herself, so you’ll need to get confrontational to call it your own. 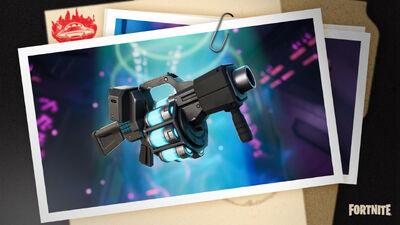 Another IO invention. Survey an area from a safe distance by firing its Recon Bolts, which mark all opponents (and Chests) in its diameter. There’s a limited amount of Bolts you can have out at a time, but don’t worry about finding more: the Recon Scanner regenerates Bolts automatically. 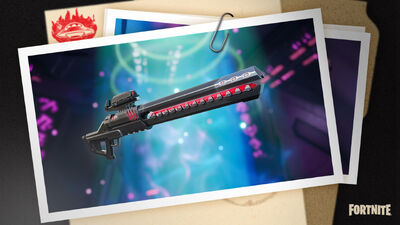 One would expect the Rail Gun to be from out of this world. However, it was actually created by the IO. This sniper can shoot through surfaces, but this breakthrough is balanced out by its visible targeting beam. Not a surprise from the IO, it does extra damage against Saucers. 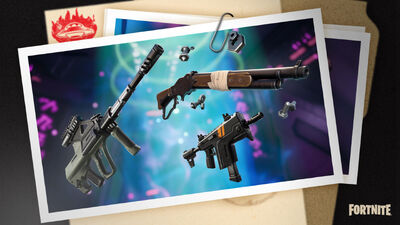 The arrival of Saucers has made it rain Nuts and Bolts, adding a new dynamic to crafting on the Island. With this new crafting ingredient, you can craft familiar weapons from the Island’s past. Combine Nuts and Bolts with any Assault Rifle for a Burst Assault Rifle, with any Submachine Gun for a Rapid Fire SMG, and with any Shotgun for a Lever Action Shotgun.

These craftable weapons don’t have pre-built versions to pick up, so collect any Nuts and Bolts you come across. It seems Nuts and Bolts have replaced Mechanical Parts and Animal Bones, which would explain why we haven’t seen any Makeshift weapons around.

A File for the Future

We’ve made files for all we know so far, but like we said, we believe there’s more to come from the Aliens and IO. It’s only a matter of time before a new surprise descends upon us...

A new season of Fortnite is here, and v17.00’s update for Fortnite Creative brings a new Hub Island template and gallery prefab, as well as the HUD Controller device to allow you to get rid of unnecessary clutter. The update also delivers a visual to several devices and additional gameplay adjustments to assist Creators.

We know not every game is about shooting/building/editing, and we’ve taken that into account with the introduction of the HUD Controller. Inspired by Creator feedback, with this device you can now hide elements of the player HUD that aren’t relevant to your game, allowing your players to experience a more streamlined look and feel. Read more details on the Hud Controller Device within the Fortnite Creative Documentation website. 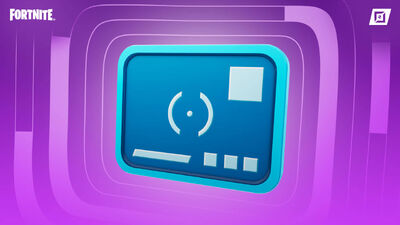 To improve the player experience when entering Creator Hubs, we’ve updated the Hub Island to include two new templates: the Hub Spoke and Hub Cardinal.

The Hub Cardinal is an additional style that is similar to the spoke but features matchmaking portals to the North, East, South, and West.

The new update introduces glass prefabs and galleries for the first time to Fortnite Creative. Shout out to @MaferWorld for coming up with the community concept for the Glass Material Set!

Within the set, Creators can select the color of each individual asset and also resize or move these assets to create layered works of art. The set features a Glass Gallery of building assets and a Glass Prop Gallery.

The first change you will notice is the removal of the featured portals. Previously, when matchmaking into Creative mode through the Play menu, players could adjust the Featured Islands from the kiosk. We’ve made this change to give players a better opportunity to discover new islands and experiences organically to discover new islands for our players and creators. Note:The Featured portals available through the Create menu will still be available.

We’ve made quality of life changes to the following areas