The Update v17.10 Hotfixes of Fortnite were released during 2 weeks when the developer team were on break. They released on July 6th and July 13th.

It looks like not even the Aliens are immune to homesickness. They’ve brought an aspect of their own home to the Island: their physics. And surprisingly, this memento has changed how crafting works even more. We’ve assembled a file on this sample of outer space. (See attached.) 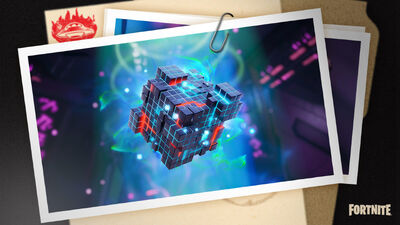 With the latest Alien invention to be discovered — Alien Nanites — you can recreate the atmosphere of their home planet. Throw one down to create a low-gravity biome that you can exit and enter. It’s as thick as gelatin (their planet’s probably super humid), so you’ll practically start swimming when you jump. To descend faster in the biome, try crouching. Also: you won’t get hurt if you jump out of one from a high place.

An Alien named Choppy and a robot called Zyg have begun wandering the Island, planting what seems to be Parasite eggs. (Benefit of the doubt: we think the robot’s just doing the bidding of the Alien). They’ve made their first stop towards the south of the Island. If you decide to hinder their plans, you can get their special Ray Gun, a more powerful version of the standard Kymera one.

Holly Hedges Taken Over by Aliens

The Aliens have moved in and put up their three-toed feet at the once quiet Holly Hedges. Alien biomes have started forming around houses, new flora is sprouting to match their homeworld, and the IO's investigation team is curious what's going on. It’s a good location for getting your hands on Alien tech, if you don’t mind the change in ambience.

Knowing that cattle are an Alien abduction favorite, the Imagined Order moved to create a cow disguise they could use in a surprise attack against the invaders. However, the results of their work ended up in something different: an evasion device they admiringly call the Inflate-A-Bull.

File with info is attached. 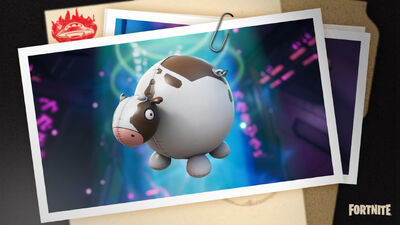 With an Inflate-a-Bull on your back, inflate it to bounce or roll away from a dangerous situation. (Tip: Rolling downhill with an Inflate-A-Bull is a LOT faster than just running downhill.) You can also inflate it to squash a Parasite that’s attached to you, if you’re not looking for its help. The “Bull” may attract the attention of Saucers when inflated, but its evasive advantages are worth it.

The Inflate-A-Bull is not invincible: it will pop if it gets shot. (You’ll fortunately be protected from the shot.) Once popped, it takes a while to self-repair and become available for use again. However, if you decide to deflate it yourself manually, it'll be ready for use again in much less time. Like the Recon Scanner, this invention has been herded into IO Chests and normal Chests. Track how much more you can use one with its usage bar.

From Holly Hedges to Holly Hatchery

After the Aliens made residence at Holly Hedges last week, their biomes are continuing to cover the neighborhood. But their settling in doesn’t stop there. They’ve begun nurturing Parasites at the location, so much so they now refer to it as “Holly Hatchery.” If you’re looking for a boost in speed or more pep in your step, this is a reliable place to get these Parasite-provided powers. Just look out for the Aliens’ guards protecting the streets.

The Parasite spreading duo Zyg and Choppy have been spotted moving from Hydro 16 to southern Weeping Woods. They won’t harm you, unless you shoot them or their eggs.