The Alien and IO war shows no sign of subsiding. Parasite eggs continue to spread, IO field teams continue to mobilize, and new inventions have yet to be unveiled. We encourage staying vigilant as the Island gets even more Alienized and IO-ified. 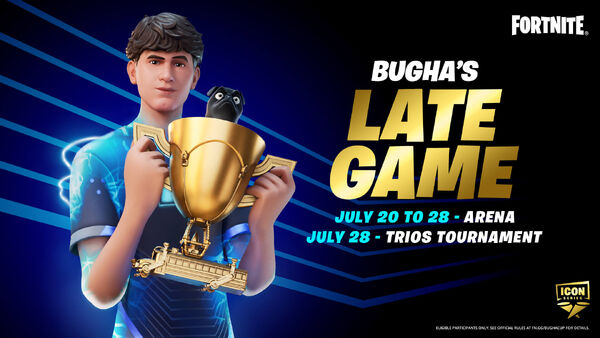 The Bugha's Late Game Arena mode will soon be available in the playlist selection screen. Part of the festivities for Bugha entering the Icon Series, this mode puts players right in the middle of competitive Fortnite. Here's the rundown!

In the Bugha's Late Game Tournament version, qualified players will compete against others in their region for a share of $100,000! Read more in our Bugha Icon Series blog post. 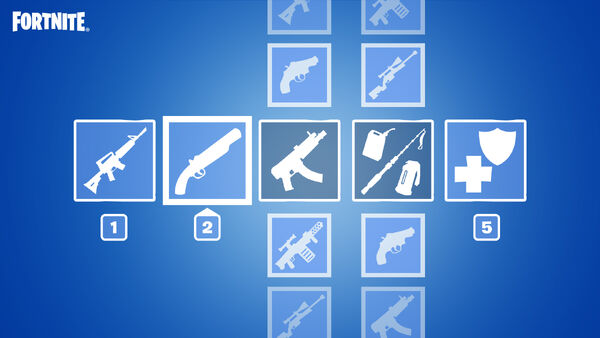 Take control of your loadout with the new Preferred Item Slot preferences! Located in the Game tab of the Settings menu, Preferred Item Slots lets you designate which inventory space you want a weapon or item type to go when picked up.

The default active configuration for Item Slots 1-5 is 1) Assault Rifle | 2) Shotgun | 3) Unassigned | 4) Unassigned | 5) Consumable, but you can retool this to fit your play style. Want Snipers in Slot 3? Hit the “Configure” button and toggle the slot to your preferred weapon type. The next time you loot a Sniper-type item, it’ll be assigned to your third inventory space and hotkey.

Like-for-like items will respect your Preferred Item Slots even if the slot is filled, swapping in the higher-rarity item. For example, loot an Epic Pump Shotgun and it will replace your Uncommon one even if you have something else like Bandages equipped. Preferred Item Slots is only active when you have at least one empty inventory slot, and the “Auto-Sort Consumables to Right" setting will continue to function as normal alongside your preferences.