From the desk of J.B. Chimpanski.

The Alien and IO war is over, but a new war has taken shape, one where YOU’RE a combatant. After Slone double-crossed you and left you to perish on the Mothership, the Cubes that powered it are now free. These things are a bigger threat to the Island than those Aliens could've ever been. They have no face, no speech, but they’re sentient and have six sides of malice.

If you think the corruption they’ve caused is bad now, you have no idea what can happen if we let them stomp all over the Island. It doesn’t matter if you were pro-Alien or pro-IO, it’ll take all the help we can get to keep the Island from falling. It’s up to everybody — including you — so take my information below and put it to good use. 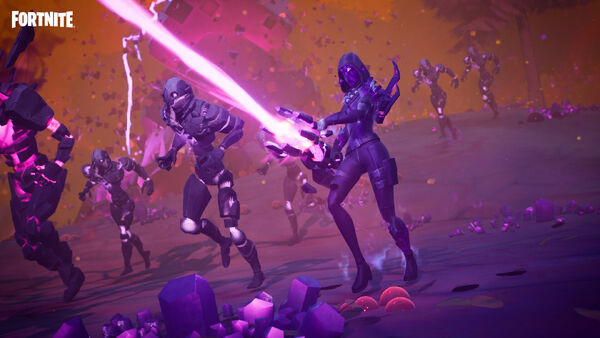 You know what’s scary? A dark, malevolent, monster-filled reality called “The Sideways.” Well, the Cubes aren’t only spreading corruption — they’re spreading portals to The Sideways too (“Sideways Anomalies”). Gravity is very low in this mysterious world, and the air is unfriendly to building.

This world isn’t just colliding with our world. It’s bleeding into it, meaning a certain POI will be covered in Sideways each match. These altered POIs are known as Sideways Zones, and I’m gonna tell you how you can use both Sideways Anomalies and Zones to your advantage... 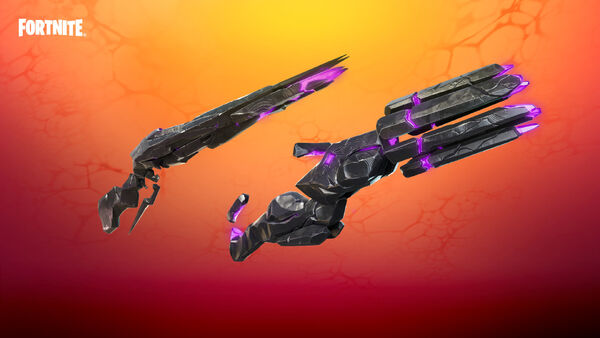 The Sideways ain’t ALL monsters. Sure, the Cube Monsters will keep on coming after you enter an Anomaly, but you’ll earn Sideways weapons as you best them. Also, defeated monsters drop Cube Monster Parts, a crafting ingredient you can use to upgrade Sideways weapons. Be smart: take these weapons and parts with you after leaving an Anomaly.

Sideways Zones are a little bit different. Monsters don’t fight in mobs, and Sideways weapons can be found as loot, so these places present a different way to fortify yourself. What’s special about Sideways weapons? With the Sideways Rifle and Sideways Minigun, you’ll deal bonus damage by revving them to their superpowered state. In other words, have ‘em close to overheating for extra effectiveness. 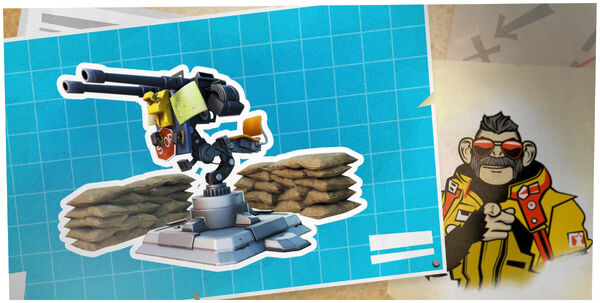 When I said it’s up to everybody to protect the Island, I meant it. The war effort against the Cubes will require support far and wide. And guess what? You get to help direct it.

Your first act of influence? With fellow Loopers across the Island, donate the Bars you earn to construction sites where you want to see Turret Stations built up. In the future, we’ll need you to come together and decide which new weapons to develop, which ones to unvault, and more. 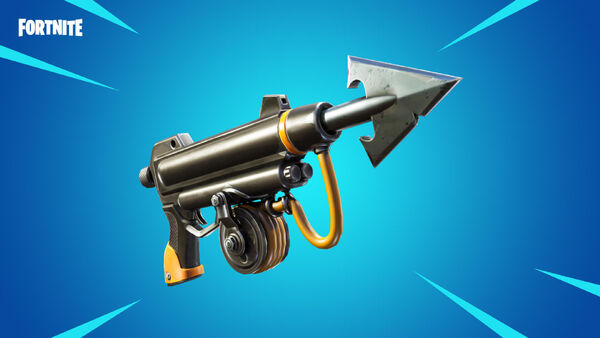 But not everything needs Bars to scrap together, and your man J.B. is rolling out new and returning tricks on the house. I’ve pulled a couple of my favorites out of storage like the Automatic Sniper Rifle and Harpoon Gun to help you turn the tide.

Nuts & Bolts are still around if you want to upgrade your weapon to something different, like transforming your trusty Lever Action Shotgun into the pressurized Charge Shotgun or switching an Assault Rifle to the stealthy Suppressed Assault Rifle. Those Sideways troublemakers won’t go down without a fight, trust me, so be on the lookout for more goodies to show ‘em who’s boss. 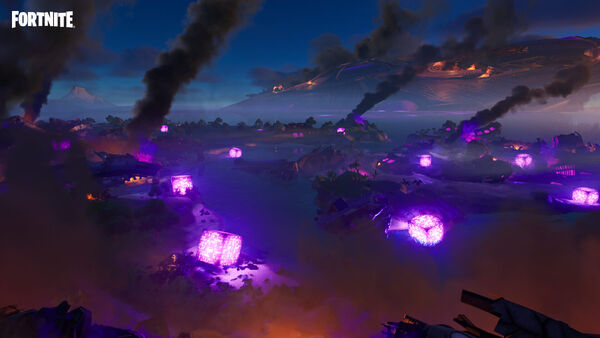 Concentrated mostly around the crashed wreckage of the Mothership, the Cubes have an effect on the nearby environment (that corruption I was talking about). Some of the ship’s tech still works, surprisingly, and its anti-grav tunnels can transport groups around in loops.

The Monster Hunter who calls herself Torin has been investigating the Shadow Stones scattered amidst the rubble. Consume one and you’ll temporarily become a shadow-like apparition, handy for dashing around obscured. Some fish must’ve gotten their fins on one because there’ve been reports of cubic Shadow Floppers pulled from the water too.

(That isn't the only ecological influence the Cubes have had. Those elusive Llamas now get stunned if they take enough damage.)

The Cubes are up to something, bet your bananas on that. I’m not too sure what the Golden one is all about, but the others seem to almost… follow it. Keep an eye on this for me, would ya? 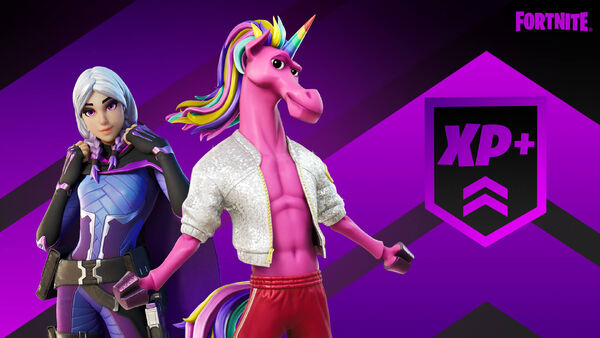 Residents on the Island need your assistance. In fact, they’ve each got a Punch Card full of missions for you to lend a hand with. Work with Dark Jonesy to uncover what’s really going on at the Kevolution facility or follow along with Charlotte to investigate the IO. Over the weeks, new residents will join in asking for your assistance to discover more about the Island.

Questing is always better in a party, so why not help each other out! Party Quests are picked up by chatting with residents or using Phone Booths during your adventures. They’ll also appear in your log daily, and believe me, they give a great deal of Bars to everyone who helped out.

You share your Party Quests and rewards with everyone in your party, so the more Loopers you roll with, the more Quests you can complete together. Everyone in a party contributes to everyone’s Party Quests, so round up a Squad and get to work!

Remember: I’m getting involved in this out of the kindness of my heart, so don’t let me down!