In Chapter 3 Season 3: Vibin’, the Island is one giant party. Bounce around in Reality Falls, ride atop creatures, brave the Screwballer coaster, and revel with new arsenal. Drop into Season 3 and spread the good vibes!

The Reality Tree has blossomed on the Island, forming a new biome in the process! This location called Reality Falls is a lush forest of mushrooms, bouncy mushrooms, and trees of purple. When you’re not browsing its flora, swim beneath its waterfalls, seek loot in its cavern, and spring from its geysers. Throughout the Season, see the effects the Reality Tree has on other parts of the Island… 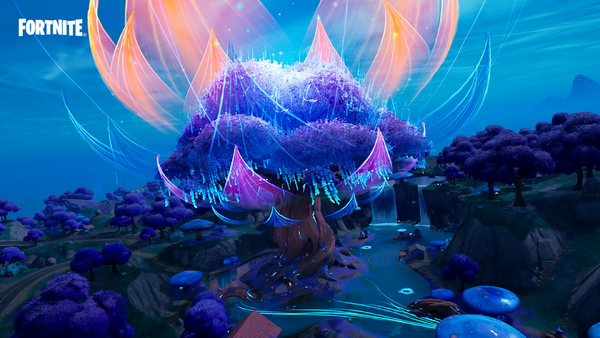 More ways to have a good time on the Island? Hit the dance floor, have an ocean diversion, and take up a new hobby… like nurturing a Reality Sapling:

Reality Seed Pods are spreading from the Reality Tree. Plant a Reality Seed to grow a Reality Sapling — which grows in the same place match to match! Saplings bear better loot each time you weed them, so keep weeding a sapling until it bears Mythic loot. If you pick up a Reality Seed while you already have a sapling planted, throw the seed to teleport the sapling to where it lands. When your sapling wilts away, plant the seed it left behind!

Have a green thumb? Open the Map page to check on your sapling’s status, including when it’s time to weed it again.

Ballers are back! Roll around and grapple onto surfaces, but don’t just roll as you did before. In the spirit of celebration, get on the (totally safe) Screwballer for a high-flying amusement park ride. 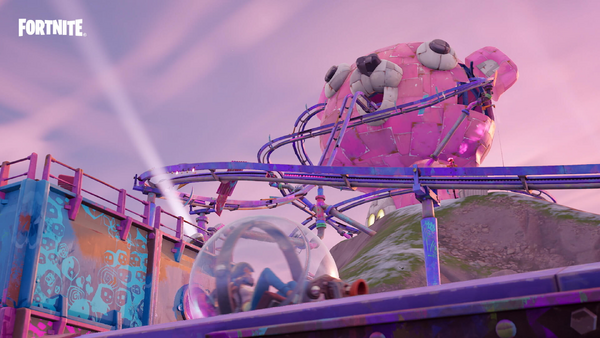 The Baller’s received some updates since its last cycle on the Island. It has boosted health, it floats on water, and it now runs on Battery charge. When your Baller’s lost all juice, it’s time to board a new one!

Don’t let the high-speed fun stop with Ballers: jump on a wolf or boar to ride on it! You don’t have to dismount to fight — shoot and throw weapons while atop your steed. 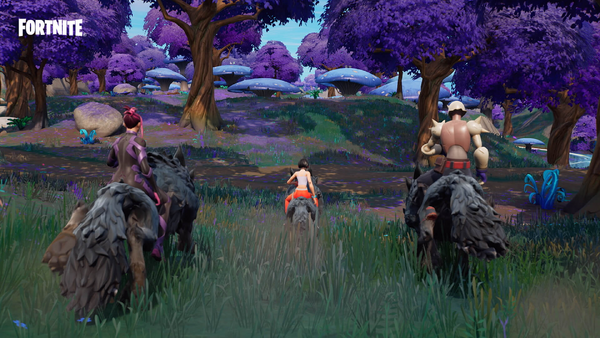 PUT ON A SHOW

Display your combat ability with weapons new and returning:

The Two-Shot Shotgun is a burst pump Shotgun capable of fierce damage. If you land both shots of its burst, you can deliver a devastating punch.

A new era for the Island, a new type of weapon! This scoped rifle’s range falls between an Assault Rifle’s and Sniper Rifle’s. Master the DMR to be highly rewarded in battle.

The Hammer Assault Rifle doesn’t just fire fast, but if you tame its unique recoil, you can be a force at many ranges!

Speaking of things returning, the Cow Catcher and Repair Tool — Chapter 3 Season 2’s unique utility items — are back in Season 3!

Just because the Island’s a party doesn’t mean the Storm has let up. In fact, it’s become even more dangerous! If you stay in the Storm too long cumulatively in a match, you’ll develop Storm Sickness, an ailment that accelerates the Storm’s decay of your Health.

But don’t worry: Storm Sickness never comes as a surprise — you’ll receive a warning if you’re close to getting it. And fortunately, the cure for Storm Sickness is simply exiting the Storm. If you re-enter it, however, it'll immediately affect you again. 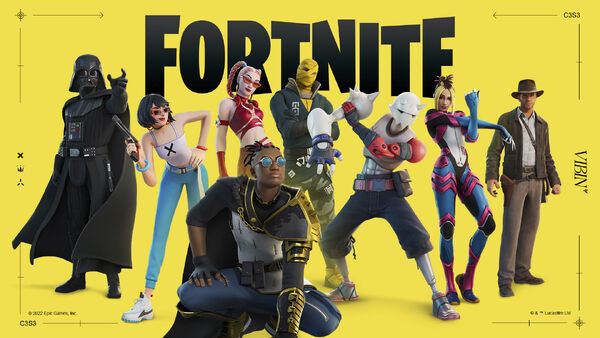 Now’s not the time for dispute on the Island — bring different sides together! With this Season’s Battle Pass purchase, you can unlock Darth Vader himself plus the following characters preceding him:

Later on in the Season, you’ll be able to unlock world famous archaeologist Indiana Jones in the Battle Pass!

There’s assembling different characters, and there’s also assembling Snap! You’ll find this Outfit on Page 1 of the Battle Pass, and when you unlock it, you’ll unlock Snap Quests too. These Quests become available throughout the Season. Upon completing one, it'll reward a new part for Snap — mix and match different heads, arms, legs, and torsos.

DO THE (UNINTERRUPTED) SLIDE 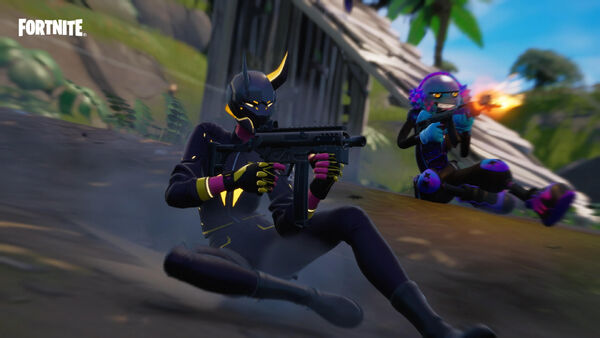 Sliding's gotten some improvements! When you slide off a shallow ledge, you’ll now continue sliding instead of returning to a standing position. Also, when you land into a slide at high speed, your momentum will be maintained.

A New Season has arrived and brings new items, new props, the [ https://www.epicgames.com/fortnite/en-US/news/fortnite-creative-v21-00-update-physics-trees-boulders-and-more#Level%20Instance%20Device Level Instance device], and a new, easy way for players to support creators by liking your Island!

Trees that fall, roll, and cause damage! These trees can damage players, vehicles, and buildings – Timber! 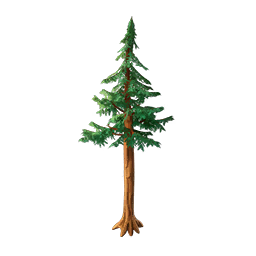 We introduce to you three new physics boulders! Create traps with Trap boulders that will be stationary until triggered, use the new Balance boulders in a map to create tactical enemy eliminations, or place Physics boulders that can sink (or be used for resources)! Time to get those maps rocking. 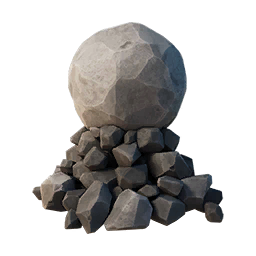 It is now easier than ever for players to tell us when they enjoy an island! With 21.00 we've added functionality to the UI that will allow players to give a thumbs up to an island on exit. This gives players a quick and easy way to tell us which islands they loved without adding them to a Favorites list. This feature is rolling out as a test. During this testing phase, creators will not be able to see how many likes their Island has received.

OTHER UPDATES AND CHANGES 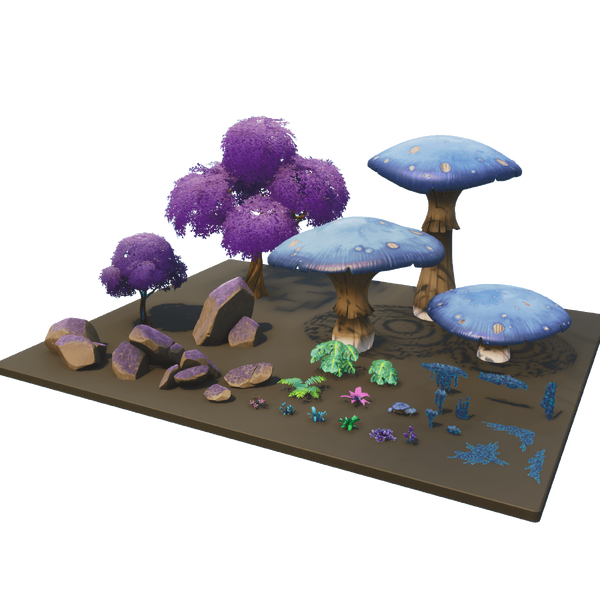 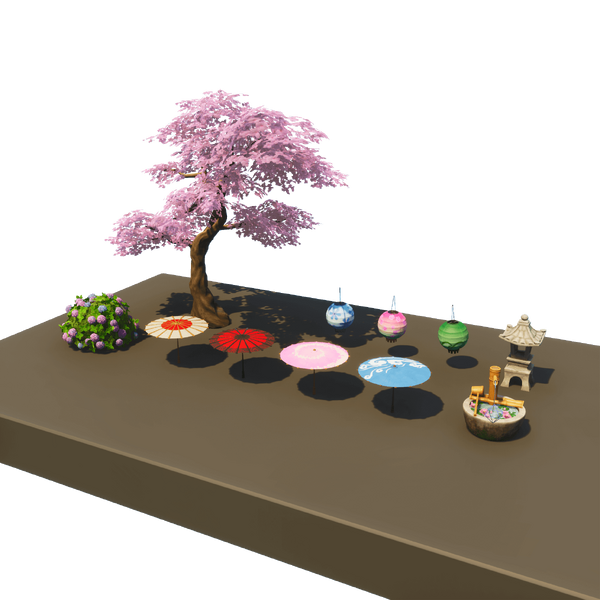 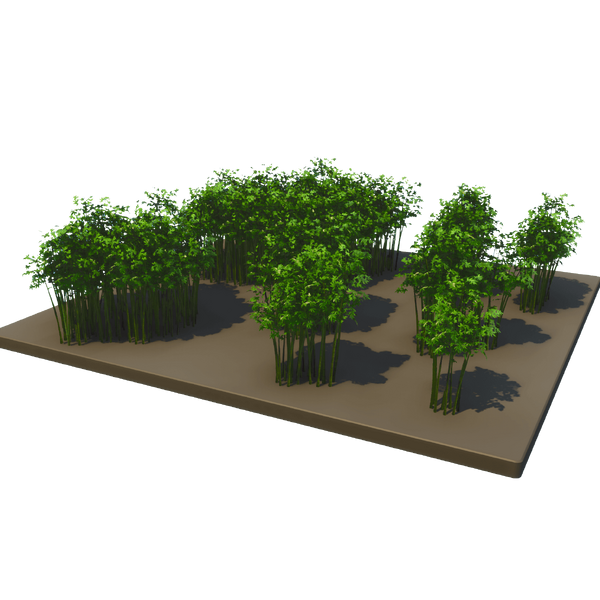