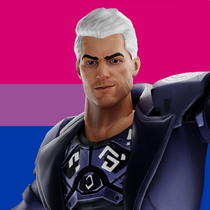 Rank: Admin
Zak is a Fortnite player that has been playing for 2 years. He first joined the Athena island in June 2018, during Season 4. His first outfit was Trailblazer. Then he obtained Wingman, and later the full Season 5, Season 7, Season 8, Chapter 2: Season 2 and Chapter 2: Season 4 Battle Passes.

His epic name is zakthepower. Message him here or on discord (found above) if you want to contact him. 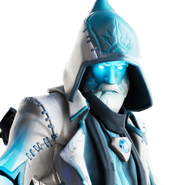 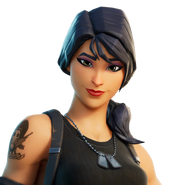 The OG
Add a photo to this gallery

Replace all Subclass pages with their equivalent heroes

Add all the challenges in the game.

In Season 4, when the game released on switch, Zak finally gave in, and downloaded the game after loads of begging from his friends. He surprisingly enjoyed it (although he was a total bot) and was hyped for the next season. He loved the rocket event, and Villain Lair was his favorite location, second only to Greasy Grove.

In Season 5, Zak purchased his first Battle Pass. He loved all the skins and had been enjoying the game for a couple months. His favorite area during the season was Lazy Links. He also bought his first Item Shop outfit, Stalwart Sweeper.

In Season 6, Zak was invested in the storyline, and he was loving the game. However, he did not purchase anything this season. He gained many wins during the season.

In Season 7, Zak was at his peak. This was his favorite and best-performing season so far. He loved the Lynx outfit, and used her the most. He also purchased the Slick emote. Once he bought the battle pass, he started making and playing creative maps. He loved Creative, and played it almost as much as Battle Royale.

In season 8, Zak had the battle pass for free, but he only reached tier 94, unlike the other 2 seasons. He was beginning to get bored by the end, and he 'quit' the game after the unvaulting event. However, during the season, he made multiple Creative maps.

From Seasons 9-Chapter 2: Season 1, Zak was tired of the game. He played a small bit of Creative and a couple BR matches, but this was the time he was the least active.

In Chapter 2: Season 2, Zak was intrigued by the new theme, and decided to purchase the Battle Pass, and return to the game. He reached level 150, and by April, he was bored again. There was no more content. So, he decided to take a break from battle royale, and purchase save the world in May.

On April 6, 2020, Zak decided to start editing on the wiki. He is currently still editing here.

For his early birthday, Zak purchased Save The World, and immeaditely fell in love with the game. He began grinding the game, and was surprised to see the Season 4 event, Blockbuster return. This brought back a lot of good memories of the game. He obtained Carbide on May 9th, his birthday. He reached Plankerton on the same day. He also started editing on the NewScapePro Wiki, and started watching the videos.

On May 10th, he bought the Tek Outfit, and decided to use it as his main skin.

On May 17th, he bought the Vix Outfit, and decided to use it as his main skin to replace Tek for now.

On May 21st, he bought the Flapjackie Outfit and Jackspammer Harvesting Tool.

On May 20th, he began developing an RPG game. Read his blog for more info

On May 24th, Zak decided to take a large break from Fortnite to better focus on developing his game.

On June 6th, Zak uninstalled the game. He decided that he would reinstall it around the doomsday event or season 3 launch.

On June 11th, Zak returned to the wiki, despite having uninstalled the game.

On June 19th, He was promoted to Rollback.

On June 24th, One month after he decided to take a break, he installed the 13.1 update.

On July 7th, Zak was promoted to Content Mod.

He uninstalled the game later in the month.

On August 26, 2020, Zak decided to reinstall the game in anticipation for Chapter 2: Season 4. Zak changed his profile picture to Iron Man from the Comic, and plans to use Tony Stark as his main skin.

On August 31, 2020, Zak purchased the Chapter 2: Season 4 Battle Pass and got back into Battle Royale.

Zak purchased Castor, Ultimate Reckoning Pack, Grim Axes, Headhunter Prime, Original Renegade, and The O.G.. He was mostly inactive on the wiki at this time.

Retrieved from "https://fortnite.fandom.com/wiki/User:Zakthepower4101?oldid=155176"
Community content is available under CC-BY-SA unless otherwise noted.

Ranked #5
on this wiki