Avengers: Endgame has been in theaters since yesterday. But if you want to see the final showdown between our heroes and Thanos, you do not have to watch the movie – with the patch v8.50 you can experience the battle yourself in Fortnite: Battle Royale. Learn everything about the new Endgame Limited Time Mode!

Who is fighting against whom?

Almost a year has passed since the last crossover event between Fortnite and the Avengers. At that time, Thanos was on his own and had to compete against all the other players in a round. This time it is a little different: In the brand-new Endgame Limited Time Mode, there are two teams that have to compete against each other. Of course, "Team Thanos" is led by a Thanos, but otherwise consists of Chitauri. The other team are our beloved heroes, who have access to the weapons of the mighty Avengers – from Thor's new Axe Stormbreaker to Captain America's Shield. 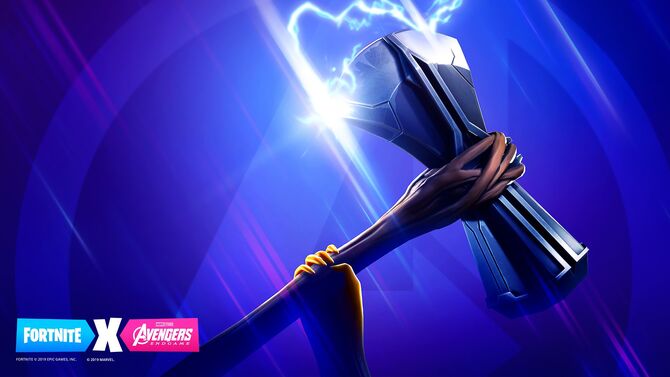 What is it about?

Spoiler Alert: The game mode is based on the final fight between the Avengers and Thanos. This means that Thanos and his army are trying to get the Infinity Stones, and the heroes have to stop him. The Chitauri who succeeds in conquering the first Infinity stone transforms into the mighty Thanos. With the conquest of each other Infinity stone, Thanos becomes stronger and the remaining Chitauri receive more health points. You can find out more about which stones brings which bonuses here.

And how do you win?

Once Thanos and his Chitauri army have captured all the stones, the heroes can no longer respawn. The goal of "Team Thanos" is then to eradicate the enemy to the last hero. For Thanos and the Chitauri, that means: find the stones, destroy the enemies. And what's the mission for the Marvel heroes? They must do everything they can to stop the alien army before it's too late.

What else do you need to know?

What would a Fortnite event be without any new challenges? During the event, you can unlock free rewards. In addition to spray motifs, banner symbols and much more there is a special highlight: The "Avengers Quinjet" glider! In the item shop, you will also find a Black Widow Outfit with a whole Black Widow themed set. And because it's Marvel, you cannot take the normal rarity for all these items: every single cosmetic item is of exclusive Marvel rarity.

So, grab your shields, unpack the laser rifles and go into battle!

Retrieved from "https://fortnite.fandom.com/wiki/User_blog:MasterTeska/Fortnite_X_Avengers_2.0:_Thanos_is_back?oldid=59124"
Community content is available under CC-BY-SA unless otherwise noted.